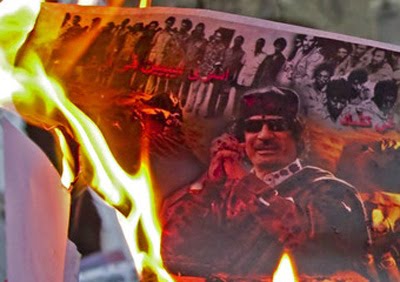 [Labouratory of geopolitics] In Tunisi the Faraon is over

The Mediterranean China: this description of the Sole 24 Ore gives a very good idea of what the former president Ben Ali in his 25 years in charge has done: strict secularism of the state, investing heavily in education and universities, privatization of many of the state assets, deregulation and tax incentives to attract Western companies, but maintaining the general and complex system of “ship’s bread”, which guarantee a minimum of bread and sugar to all citizens at a subsidized price. The dependence grows, but nobody cares: France and Italy are the two main partners in the country, with a significant presence of strategic industries.

Tunisia becomes a destination for rich investments and tourism, thanks to the stability provided by the regimen: after 2004, the internal repression intensified, hitting equanimity Islamists and local and Western NGOs.

But the development does not arrive in the South and inside the country and the slowing economy let the young people running out of options available to them, since they are too qualified for the only sectors that still resist, textiles and tourism: while in cities further away from power and the hard currency of tourism the first strikes began to blow, young people are deprived of the safety valve of migration, because of the restrictions implemented by European countries.

The government had to cut food subsidies just as a sharp rise in food prices approached, which this time is also strongly felt in the more developed urban centers. When two unemployed young students, about a month ago, at the height of the wave of protests over price rises, commit suicide, in the streets the anger of the betrayed middle class explodes with violence and is joined with that of the countryside and industrial towns.

Ben Ali does not expect a revolt of such entity: the President, now 75 year old, was thinking about the next elections in 2014, still convinced that there is no alternative to him (and largely correct, given the emptiness of his opponents, the colorless character of its technocrats and hatred inspired by his family), and reacts badly. Police fire on crowd, and started counting the first deaths, while the universities are closed to disperse the young occupants. Ben Ali seeks to raise the specter of Islamic fundamentalism and tightens Internet censorship, but not enough: the young protesters are coordinated daily via SMS, or through overseas servers. The clashes show no sign of reduction, and the international community ask Ben Ali to restrain, with the U.S. and Britain at the forefront in denouncing the repression, and the population increasingly angry for bullets that are especially clear in killing old workers and farmers, and young unemployed people 20 years old.

First serious fractures within the regime start to emerge: Ben Ali tries to impose a curfew, but the Chief of Ammar Rashid prefer to resign rather than allow the fire on demonstrators, and soon the whole departments of the Army, sent in the South of the country, sympathize with the population and prevent the loyalist police to intervene, coming close to the fire fight. In the face of the risk of a military coup, the President understands that he went too far: the police is revoked from the authorization to shoot, and first the Minister Rafik Belhaj Kacem of the Interior, considered a “hawk” of repression, then the whole government, are forced to resign by Ben Ali. He then appeared on TV to announce that he was not standing for re-elections, and that he will stop the censorship and that controlled prices will be imposed on the food: the population responds looting supermarkets in the benevolent gaze of the soldiers who should preside over the squares. At the Prime Minister, the respected technocrat moderate Mohammad Ghannouchi, should be given the task to form a new executive and steer the country toward new elections.

But the President attempt to manage the transition fails: the riots didn’t stop and the demonstrators returned to clash while the police forces, perhaps conscious of being close to the moment of reckoning, seem to disappear on its own initiative, almost in a remake of Romania 1989. An exiles organization active with their own website from London and with his group of militants on the spot, Takriz, among the most active in using new media during the uprising but that are suspected of “deviation from the outside” now openly blowing on the fire and invited the demonstrators to attack and loot the ministries.

It is not yet clear what prompted Ben Ali to retreat just days after he announced the reappointment to Ghannouchi: the official statements of the Western media and Tunisians speak of a sudden flight. But other sources, including PeaceReporter and, from the pen of Giuliana Sgrena, Il Manifesto, speak openly about a military coup, the president confronted with the alternative of immediate arrest or escape in good order.

Whatever the reason, Ghannouchi assumes the Presidency of the Republic ad interim, without this calming of the fighting: for the hard wing of the protest Ghannouchi, who in his inaugural address was submitted to Parliament with a gaudy purple tie, the color of the RCD symbol, it is only a puppet in the hands of the former President.
However, Ghannouchi does not stop, and hard-working and honest technician as he is he start to work: entrust the Presidency of the Republic, always carefully following the Constitution, the President of the Chamber Fouad el-Mabzaa, which he also enjoys a good reputation.Ghannouchi, obviously nominated Prime Minister, confirms the openings made by Ben Ali and opne the future government to all the legal opposition (so, not political parties dissolved by the government on charges of lining Islamic fundamentalism), while the president of the Republic announced new general elections within six months.
It is unclear whether this will be enough to stabilize the country, and put it on the path to a stable parliamentary democracy: still, the riots continues, and now the Army appears to engage directly in the repression. The peculiar situation of Tunisia, a small secular country, with a vibrant civil society, open and with an established tradition of political and social state, could be strong enough to suggest that the Tunisian miracle wil survive this transition without falling victim to sudden now very weak Islamic fundamentalists. But it is certainly clear that, after the Thermidor of the unanimous reelection of Mubarak, something big is in motion in North Africa and the Near Middle East.

Manfredi Mangano_23 years old, student in International and Diplomatic Sciences from the University of Bologna.Among his 6 “interests and activities” on Facebook, one is Fernand Braudel. In the rest of the time, it does so many things that Labouratorio has stopped to count.

Labouratorio powered by WordPress and The Clear Line Theme